The best editor to use for learning Clojure is the editor you are already familiar with (or want to learn). Ideally this will be an editor that supports clojure by providing:

Emacs (Spacemacs), VSCode, Atom, Vim and IntelliJ are the most common Editors for Clojure and ClojureScript development. Install guides are provided for these editors.

VSCode and Calva is a good choice for those just starting to write code.

Use VSCode and Calva if you are familiar with VSCode or have no editor preference.

Calva is inspired by CIDER, the most popular Clojure environment for Emacs. Calva is a very active project and the #calva channel on the Clojurians Slack community is very supportive.

Spacemacs is a community configuration bringing Emacs and Vim together. Spacemacs uses a mnemonic menu system that makes it easy to learn.

Spacemacs, Practicalli guides you through Clojure development, documenting with org-mode, Git version control with Magit, Vim editing modes and dozens of other features.

Conjure is an interactive environment for evaluating code within your running program, initially targeted at Lisp languages such as Clojure.

Try the Conjure interactive :ConjureSchool tutorial without the need to install, only a recent version of neovim

:q to quit the tutorial.

Proton offers a simple mnemonic menu as an alternative to the multiple keys for shortcuts in Atom.io. Proton also gives you a simple text configuration to manage all your packages quickly. Unfortunately Proton is not complete replacement of all actions.

Developers from a Java background are usually familar with IDE's such as IntelliJ, so Cursive IDE for IntelliJ may be an appropriate choice. Cursive uses the static analysis of Clojure code as well as a REPL. 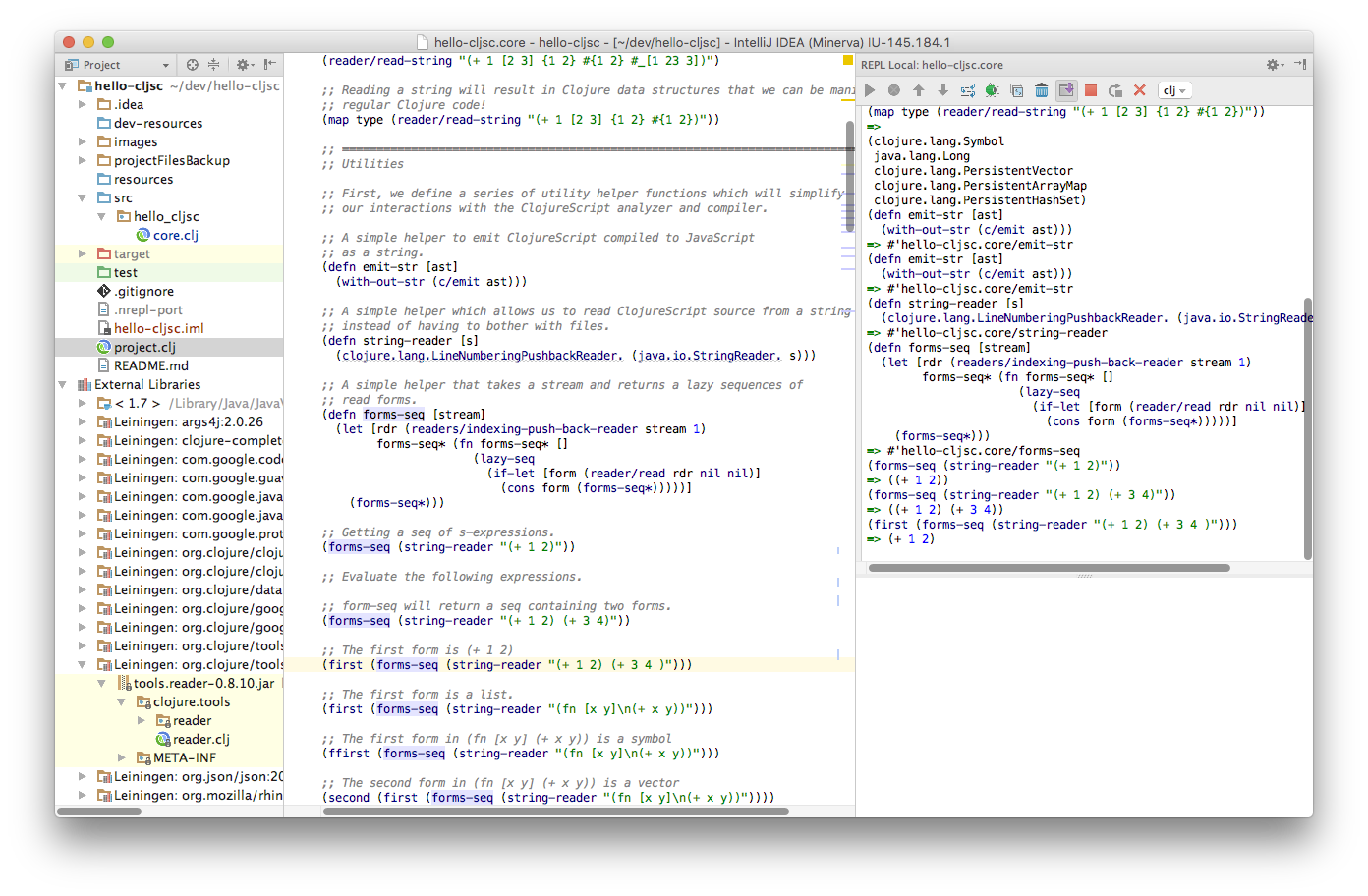