App servers are started within the Clojure REPL process, so during development app servers can be restarted to load in new code and immediately update the running application.

In Java was common to have a single application server with all applications deployed as Jar or War archives. This fitted with the classic architecture of deploying on a single resource rich physical hardware server. Clojure applications can also be deployed in this classic approach if required.

Which Application Server to use

The most commonly used application servers are in the table below, with Jetty being the most common as it is wrapped by the ring-clojure/ring library.

Eclipse Jetty provides a Web server and javax.servlet container, plus support for HTTP/2, WebSocket, OSGi, JMX, JNDI, JAAS and many other integrations. These components are open source and available for commercial use and distribution.

Eclipse Jetty is used in a wide variety of projects and products, both in development and production. Jetty can be easily embedded in devices, tools, frameworks, application servers, and clusters. See the Jetty Powered page for more uses of Jetty.

The current recommended version for use is Jetty 9

Apache Tomcat 9.0 is the current stable version with active development now on version 10.

Tomcat can be run in embedded mode, so it is not necessary to build a WAR file and deploy it in a standalone Tomcat server.

Netty is a NIO client server framework which enables quick and easy development of network applications such as protocol servers and clients. It greatly simplifies and streamlines network programming such as TCP and UDP socket server. 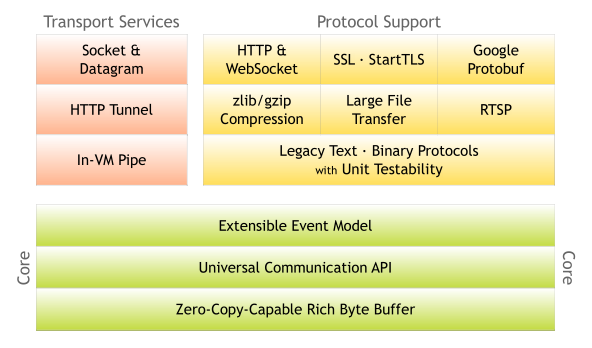